In this lesson, students will learn about accessibility and the value of empathy through brainstorming and designing accessible solutions for hypothetical apps.

Through learning about accessibility, students recognize the impacts of computing beyond their own lives. Accessibility might not seem like a relevant CS topic, but creating technology that is accessible for underserved users helps make tech better for everyone else as well.

Discuss: Ask students to define the term "app" in their own words. What is an app? What kinds of apps are there? Where do we use apps? While discussing, show screenshots or examples of apps on your smartphone or tablet if possible.

Say: Ensure that all students are on the same page regarding this topic by introducing some key terms and concepts.

Discuss: Apps are everywhere! Ask students why they think apps have become so popular. Here are some example explanations:

Say: Introduce accessibility with the remarks below.

Transition: Tell students you'd like to introduce them to a few kids who, even though they have disabilities, are just like them.

Display: Display each scenario from the Designing for Accessibility Slide Deck. While displaying a scenario image, read its accompanying script to the class (see below). Discussion questions are included in relevant slides.

The final scenario allows students to sketch a redesign of one app from the scenarios ("Grammaphone" for Wei or "Football Frenzy" for Roger).

Students should primarily focus their efforts on making their redesigned app more accessible for either of them, along with any other accessibility features they can think of. Students can design as many screens for the app as they wish, and they do not need to make their app look anything like the original examples.

If there is time, students may redesign apps for both characters.

Distribute: Pass out crayons/pencils/etc to each student as they open their Thinkspot Journals.

Share: After designing, students share their app design with a neighbor, or if there is time, some students can share with the whole class. Each student should answer how their app design addresses the need of the user in question.

Discuss: Discuss real-world examples of how apps and other technology can be made more accessible. Ask students how they think making something more accessible can also make it better for others. One example is wheelchair ramps near building entrances. These were originally made for people with wheelchairs, but they are also convenient for people with baby strollers, dollies, and other wheeled equipment. 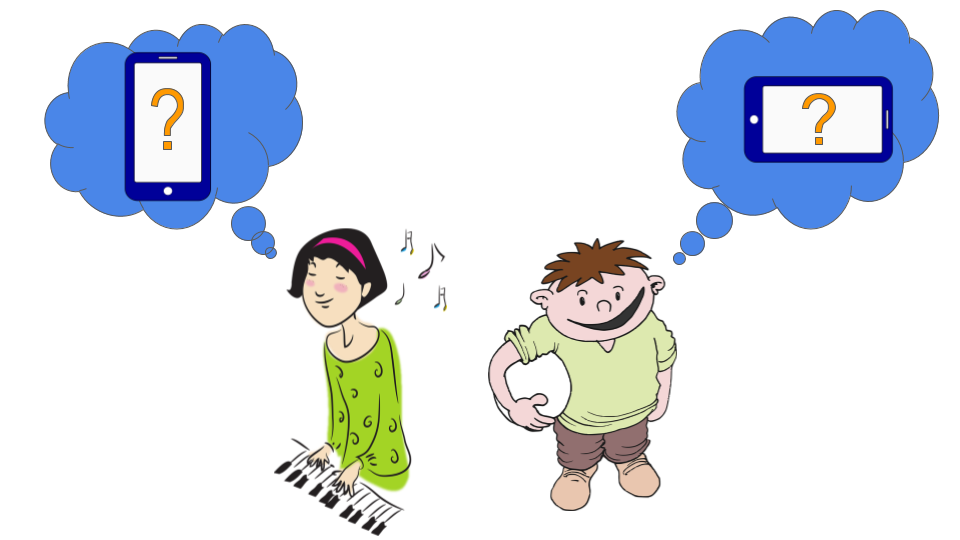