This lesson has students recognize that computer science can help people in real life. First, students empathize with several fictional smartphone users in order to help them find the “right app” that addresses their needs. Then, students exercise empathy and creativity to sketch their own smartphone app that addresses the needs of one additional user.

Today, computing is more accessible than ever before. People from all walks of life use software on many different devices, particularly smartphones, for information, communication, and entertainment. Because people have such diverse experiences and needs, it is important for budding computer scientists to empathize with people and identify solutions with them in mind.

Discuss: Ask students if they have ever played a game on a smartphone. If you have a smartphone of your own, show a few examples, or show screenshots of smartphone games on the web.

Discuss: Ask students what else they can do on a smartphone.

Examples to add to students' responses. Provide screenshots or live examples if available:

Discuss: Ask students if they have ever gotten frustrated while using an app. For example, have they ever played a game that was too hard, or the buttons didn't work, or other problems prevented them from having fun? Have they ever tried going to a website and couldn't because it was too hard to figure out how? Allow students to present an anecdote or two of their own about apps that caused them problems.

Remark that there are many questions we can ask when suggesting or making an app for someone. Ideally, we want to ask questions that can help us "walk in a user's shoes":

Transition: Tell students that there are a few code.org friends who are struggling to find the apps that are "just right" for them. Ask if they are ready to put their expert skills to use and help their friends.

Display: Display each scenario from The Right App Scenarios - Slide Deck. While displaying a scenario image, read its accompanying script to the class (see below, or the notes beneath each slide in the deck). After each scenario, ask students to vote on which app they would choose for their friend, then discuss their reasons why.

Slide 1: Help! Daisy the Dragon wants to play with her penguin classmates. However, when Daisy talks, her hot breath warms up anyone she is near, and penguins don’t enjoy that AT ALL. So Daisy wants an app that can help her with this problem.

Slide 2: Which is the right app for Daisy?

Slide 3: Daisy decides to use “Am I Too Close?!”, which makes it easier for her to play with her penguin friends! When they get too close, the app warns her with a friendly shout, “Too close!” Daisy and the penguins are happy! “Am I Too Close?!” is the right app for Daisy!

Slide 4: Help! Sam the Bat wants to listen to his favorite music on his phone while he flies through the night sky. He’s considering two different music apps, but he doesn’t know which one is best for him. As a bat, Sam has poor eyesight but excellent hearing. He also happens to sing very well!

Slide 5: Which is the right app for Sam?

Slide 6: Sam decides to use “Sing ‘n Play”. He simply presses the BIG green button, sings the first part of a song he likes, then the app plays the entire song for him! It’s that easy! And that’s why “Sing ‘n Play” is the right app for Sam!

Slide 8: Which is the right app for Codella?

Slide 9: Codella decides to play “Sort Knight”. At first she’s not sure if she’ll like it (she doesn’t really like sorting things), but she loves that she can play it on any of her computers, and that’s really important to her as a serious gamer. The more Codella plays “Sort Knight”, the more she loves it. “Sort Knight” is the right app for her!

The final scenario allows students to sketch their own app design.

Slide 10: Help! Anton the Alien has crash-landed on Earth and is waiting for his fellow aliens to come rescue him. Until then, he has nothing to do, so he heads to a local library to find a book to read (Anton LOVES reading books). Unfortunately, all the books at the library are written in Earthling languages like English, Chinese, Spanish, and many others. So Anton is out of luck! Or is he?

Slide 11: As an alien, Anton is very good with technology! He immediately opens his super-powered smartphone to look for an app that can help him solve his problem at the library, but he can’t find anything he likes! So let’s each design our own app for Anton!

Share: After designing, students share their app design with a neighbor, or if there is time, some students can share with the whole class. Each student should answer how their app design is "right" for Anton, given his situation.

Discuss: Discuss real-world examples of how apps can help people solve problems, much like they just experienced with our code.org friends.

Reiterate the importance of empathizing with users when recommending or designing apps. 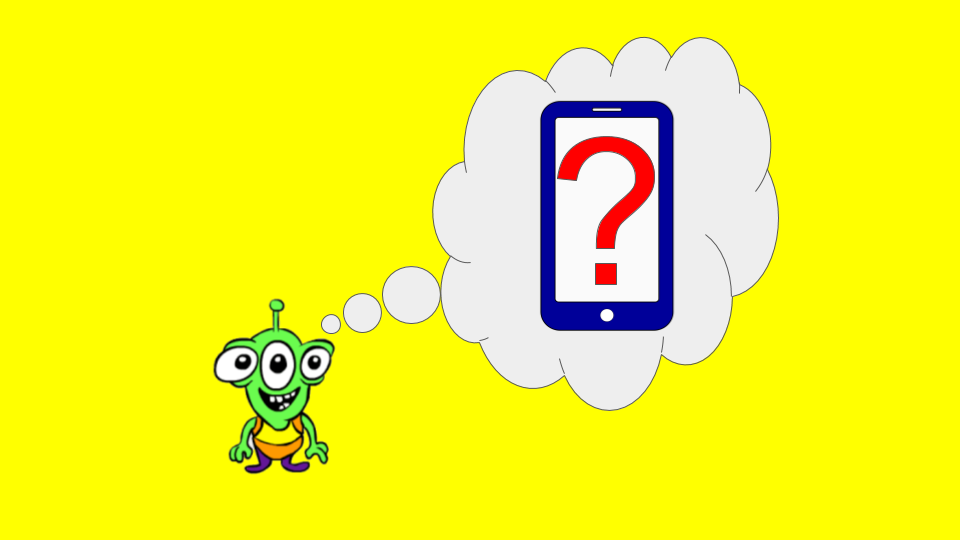